Sri Ramakrishna Vidyashala was founded in 1953 by Srimat Swami Shambhavananda Maharaj. Swamiji was an educational pioneer in southern Karnataka who sought to offer younger students a “man-making education”, which Swami Vivekananda had envisioned as a total development of man which includes the physical, mental and spiritual aspects. Vidyashala began as a small hostel for students of various age groups called Ramakrishna Students Home. The students home was built in 1932.Some of its residents, such as the acclaimed writers K.V. Puttappa, JavareGowda and S.M. Krishna,the former Minister of External Affairs, went on to become prominent members of society. When Swami Shambhavananda felt a need to expand the students home, he procured a redesign from Sri B.B. Mhatre, the renowned architect of Bombay.. 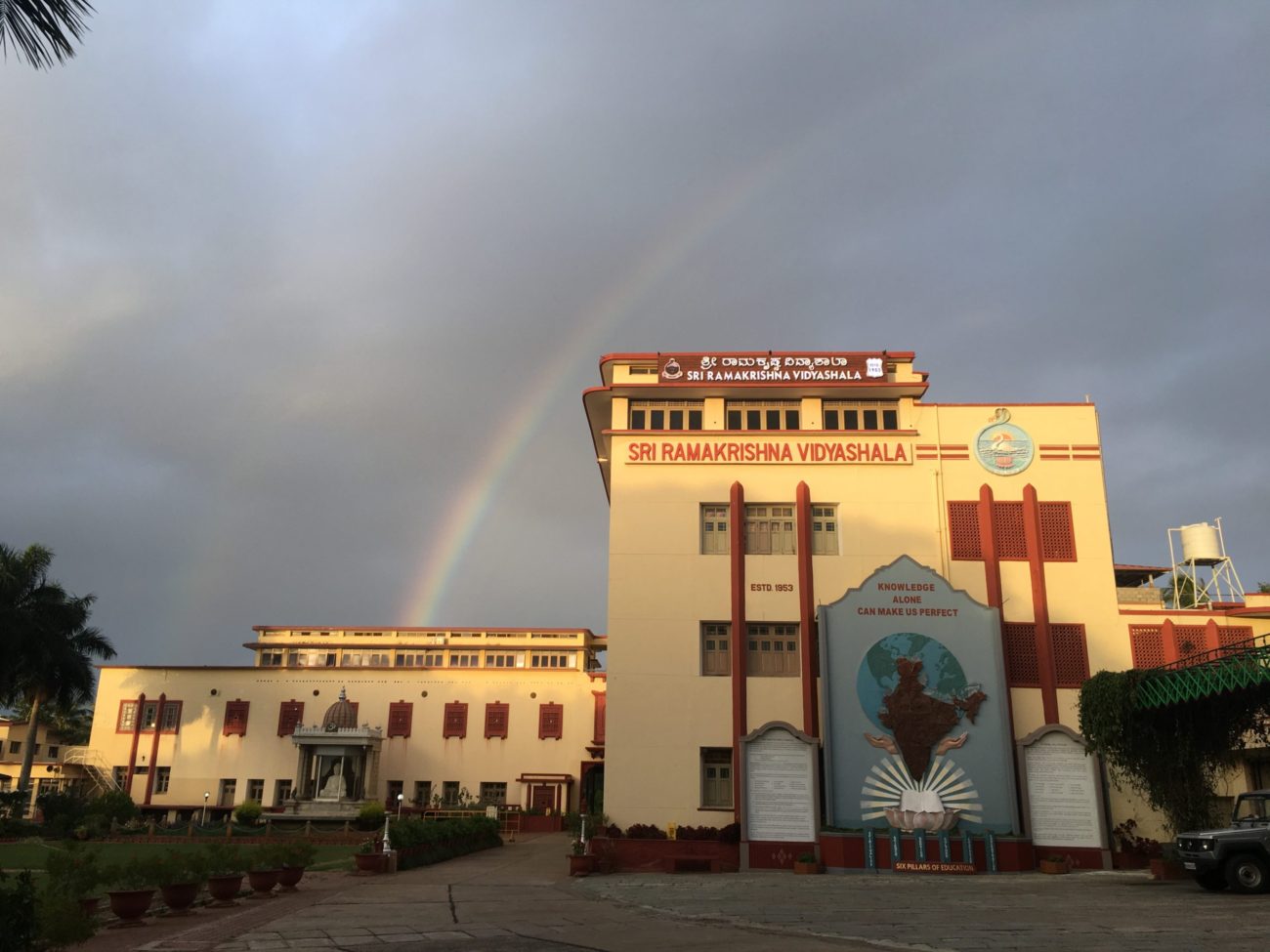 counted among finest institutions of India

SRKVS has been playing a major role in students’ life by teaching them the principles of Divyatraya, along with the basic education. 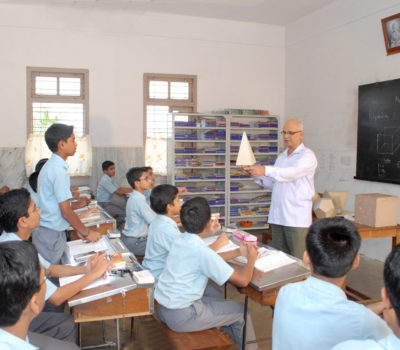 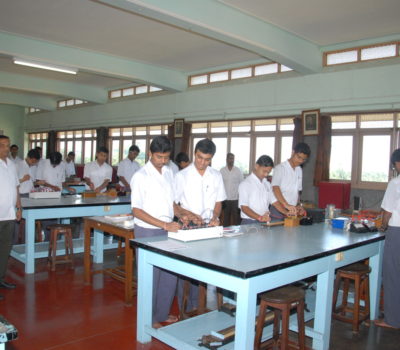 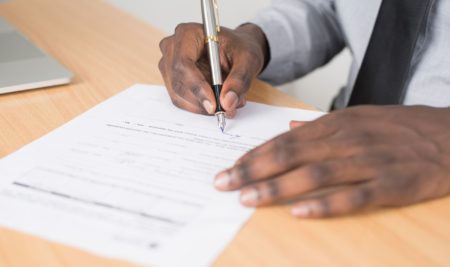 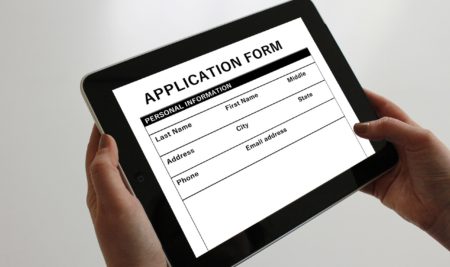 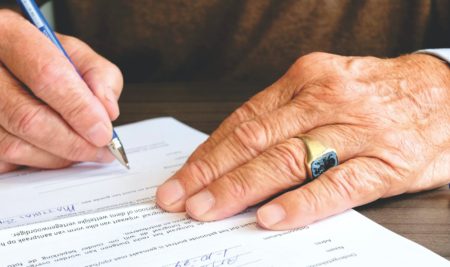 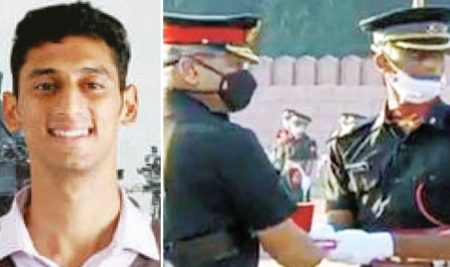 One of the topmost educational institutions of our country

- A great place for learning and transformation into a holistic personality

Few Valuable opinions on our institution

Seeing the boys show high aspiration, discipline, hard work and team work was a wonderful experience. Imagine what would be if there were 10,000 such schools in India!

Deputy Chief of the Army Staff (IS & T), New Delhi

I was amazed to see a near military like precision in all forms of activity. To be part of the momentous occasion of the Diamond Jubilee Celebrations was an honour that very few can be proud of. I am extremely grateful for this privilege.
Each event was conducted and executed with alacrity and total commitment. I appreciate the efforts applied by your staff members and students alike. My congratulations to them all. May the Ashram continue to surge forward and remain a shining example for others to emulate with elan and grace.

I am so happy that a set of very dedicated people who have conviction in their hearts have created this kind of an institution to provide the kind of ambience necessary to carry our civilization forward, to carry India’s progress in the context of a certain sustainable development, a development which will touch everybody… One could see the aspect of exhibition, whether it is participation in a cultural programme or organization of sports activities, one sees a high degree of professionalism, a totality of development. It is not purely academic, and I am sure this will give youngsters all necessary inputs. This will provide the necessary capability to face life, which is a complex kind of experience. One has to be prepared for it particularly so in these modern times. The students are fully being prepared for that kind of experience though an educational programme which addresses this holistic development of the personality of the individual…
…In spite of such dynamic environment, I find the school is beautifully enveloped by an extremely calm and serene environment, thereby talking one though higher levels of thinking… So, I must congratulate the management for thinking so innovatively, so originally in training students who are to carry the torch of India’s development…

I am indeed delighted to be in a place like Sri Ramakrishna Vidyashala, which is very close to my heart. It is a place where science and spirituality work together. This type of value system is very important…

Ramakrishna Vidyashala has been inculcating cultural values and efficiency in the youth of our country for several years. It has been rendering commendable service in empowering youths. I extend my heartly congratulations to this institution personally as well as on behalf of the people of Karnataka.
I felt the perfection of the military band, when I watched the performance of the school band. Those who are strong in the body, mind and intellect are a valuable asset to the country. Those who study the thoughts and messages of Swami Vivekananda in his works become purified in their thinking and will acquire clarity of perception. They undoubtedly become successful in their life.

– Chief Guest on the occasion of 63rd College Day of Vidyashala 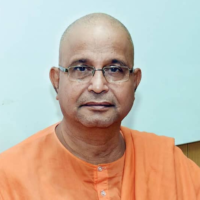 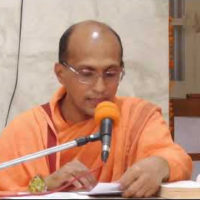 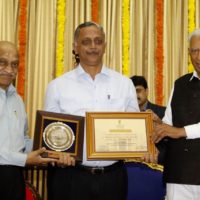